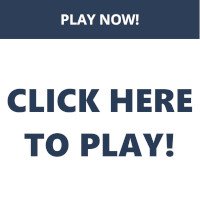 In Goalkeeper Champ, it's the FIFA World Cup, and your team is rubbish at stopping the soccer ball from getting to the goal. It's up to you and your quick hands to prevent the other team from scoring! Watch the ball as it comes in, and place your hands in front of it to block it. (If you position your hands just right, you can catch the ball, but the main idea is to keep it from getting past you.)

The opposing teams get faster and faster as you make it through the finals. The default setting provides you with a target to help you know where to place your hands. However, you can turn that off if you're feeling lucky.

Start by picking a team from among the 16 countries. You can click the settings gear icon to turn off the sound or set the target to be displayed.

When the game begins, the opposing kicker will shoot toward your goal. Don't rely on the blockers, because they're no good whatsoever. It's really up to you. If you've got the target turned on, place your goalie hands icon over the center of the target to block the shot. If you're off by just a little bit, the ball can get past you.

This is a decent little goalie game. It's a LOT easier when you use the target, and even then, it's possible to miss a shot. (If your goalie hand icon is just a little off center, the ball can slip by you.)

Frankly, I would have liked it better if you could block the shots with your face, as shown below in the brutally funny example of Scott Sterling!